Home » Blog » Those lyrics, my people and other questions

How did we get here? Nobody’s supposed to be here…

In conversation with my mother, once upon a time, I learned that when I was about eight months in her tummy, she got so sick that she had to be admitted in hospital. She was so ill that there was danger she could have a still birth. But that script was changed.

I was born alive but with a boil on my neck! Poor child. What couldn’t kill me in my mother’s womb followed me to my cot bed. However, after a minor operation I was fixed. I had survived but Mother and I had to stay in hospital for another month before we were discharged.

I can only imagine how challenging that chapter was for my mother. And me.

With a paraffin lamp for light, she would wake up in the night to nurse the wound on my throat. She was still new to this motherhood business, you know. My brother was still a toddler who also needed close monitoring.

And then the war (or the killings) came, I don’t know from where. It just happened. At least that’s what it looked like to me. I’m sure my father knew all about it because he always had his ear on the wireless.

I saw soldiers. Scary. They would appear from nowhere. How did they get here? I always wondered. Suddenly, I would find myself surrounded by these monsters in green camouflage. They always appeared to me last because, every time, my brother would be long gone. He would run like the Olympics and I could swear he had a sixth sense that always told him the soldiers were coming. He would come back for me later. He always did. How did he know?

They didn’t shoot him though. They could easily have shot him like a dog. Just like that. How did he get here? I must have been four or five years old then. I heard gun shots. I came face to face with the famed machine gun. People were forced to go into hibernation. Scattered. Some fathers disappeared. Forever. 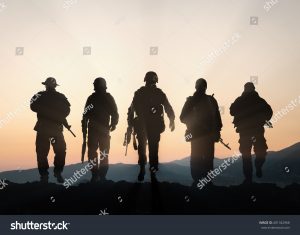 No peace for my people

The same war continued. It seemed to follow us. The same war that had us running like the Olympics had caused the schools to close. Schools closed not because of a health pandemic like the Corona VIRUS Covid-19. No. It was a different kind of threat. I didn’t know humans could hate to the extent of closing schools, hospitals, clinics. Human emotions are strong. Hatred can force people into social distancing. Anyway…

I remember also when we had to travel in the night, driving away from possible death. Life was hanging by a thread.

Suicidal thoughts and the death of a young boy

We got there. It was a difficult time for everyone. My father became grumpy. No, I lie. My father’s grumpiness increased to scary proportions. He became more and more irritable. Home was like a concentration camp. I thought we had run away from the war but we had our own war with father at home. One time he got so angry with my other brother that he tied both his legs with a rope and hung him upside down from the rafters and proceeded to beat the life out of him with sticks. He could have killed him had it not been for the intervention of some men whom my mother called in to break the window to save the poor boy. It was hell but I still blame the war. No?

And then my grandmother tried to commit suicide. I suspect it was the war. She was saved before she could hurt herself but those images of her hanging from a tree, which was in the middle of the yard, stayed with me for a very, very long time. Life is meaningless. I thought I heard her say. Life has become unbearable and there is no point to life. What is life anyway if you don’t feel appreciated or loved? That taught me something. Life and love are close friends. No?

The death of that boy, Carmen, was another shock to the community. I was still very young. I remember the headmaster telling us at assembly that while herding cattle in the bush, Carmen had stepped on a landmine and it blew him to shreds. The whole school was shaken. Gone too soon. I kept thinking it could have been me. The war was bad. Very bad. I don’t wish it on anyone.

The script would change, every day. It still changes even today. It will be different tomorrow. This life has no guarantees. How did I get here? No one’s supposed to be here…

Still those lyrics ring in my head.